What Is Bitcoin? – An Overview of the World’s #1 Digital Currency

Bitcoin is a digital currency, meaning it exists electronically – on the web and on electronic hardware, and not in the form of physical coins or bank notes.

What Is Bitcoin? – Where did Bitcoin come from?

Bitcoin is the earliest and most prominent example of a new category of money known more generally as “Cryptocurrency“. The ‘Crypto’ part takes its name from Cryptography – the practice of complex mathematical models and codes to encrypt and decrypt information.

Cryptography and the recent advances in the area – are a major technology and driving force behind the arrival of Bitcoin.

The Bitcoin eco-system is not controlled by any one person or governing body. Instead, it is an open-source community, which is self-supporting and self-sufficient. Bitcoin transactions are made without middle-men, and without the necessity to provide your name or contact details. This in itself offers a level of anonymity which has made Bitcoin very attractive to many, and also the target of scrutiny and disdain from a lot of governing bodies.

What Is Bitcoin? – Advantages of Bitcoin

Bitcoin has many significant advantages over traditional ‘fiat’ currency (physical currencies, guaranteed by physical goods such as Gold for instance).

One significant advantage of Bitcoin is it’s very high level of security – which is made possible by the Blockchain technology it is built upon. Once a Bitcoin transaction has been made, it is verified by a peer network of computers, each of which keep a copy of the Bitcoin ‘ledger’.

The Bitcoin Ledger is the digital record of all transactions ever made. Once the peer network agree that the transaction did take place and to what value, it is then effectively ‘locked-into’ the Blockchain ledger.

Consequently, as more time passes – it becomes very near impossible to undo or tamper with that transaction. This offers a very high level of security to users.

An example of Bitcoins self-sufficient nature is the way in which new Bitcoins are effectively ‘minted’ and put into circulation within the community. A Bitcoin transaction takes time and computational effort to verify amongst all of the nodes (‘parties’) on the Blockchain network.

Each node is effectively a server, or collection of servers, all dedicated to processing Bitcoin transactions.

To confirm a transaction, the Bitcoin network has to effectively solve a very complex mathematical problem which effectively ‘proves’ the transaction. Understandably, it can consume very large amounts of electricity to keep these servers running.

In return for the time and effort spent on this, the Bitcoin network rewards these nodes with a newly minted amount of Bitcoin.

What Is Bitcoin? – Bitcoin Mining and the Minting of new Bitcoin

The people in the Bitcoin community who run and maintain these nodes or servers, typically group and pool their server capacity to give themselves more processing power in the hope of ‘winning’ more Bitcoin in this way.

The process of solving the mathematical problems and then being rewarded with Bitcoin, is commonly referred to as ‘Bitcoin Mining‘. The groups of ‘miners’ and their clusters of servers are commonly known as ‘Bitcoin Mining Pools’.

Mining Bitcoin is very big business. With the current value of Bitcoin, Bitcoin Mining has become the domain of very well funded firms.

It is no longer feasible or economical to compete and hope to win Bitcoin, from just mining on your own machine at home.

What Is Bitcoin? – Want to earn some free Bitcoin to help start you out on your Bitcoin journey?

Here’s our List of the Best Free Bitcoin Faucets. 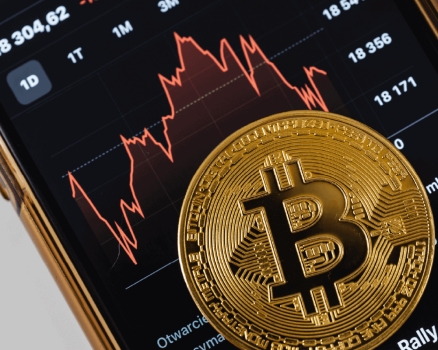 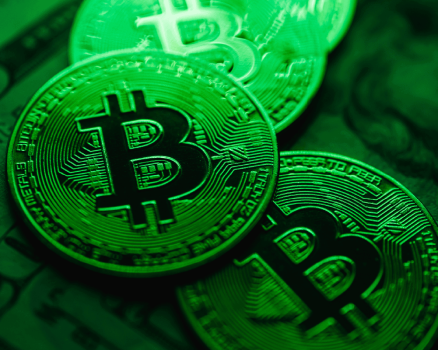