An Overview of Plant Based Diets and Why You Should Try One.

The term “Plant Based Diet” seems to be on everyone’s lips lately.

The trend towards plant-based diets has become prevalent everywhere in the last few years. Everyone from movie stars to world class athletes have started to ditch the animal products and turn towards greener and healthier alternatives.

2019’s popular Netflix documentary, “The Game Changers” showed the world that if top- performing athletes could gain from a plant based diet, so could they.

So what exactly is a plant based diet, and how can you reap some of those health benefits? Here’s a quick overview to get you started.

Getting the Terminology Correct

It’s easy to interchange between using terms like plant-based, vegan and vegetarian. In reality though, there are differences…

Vegans do not eat or use any animal products whatsoever. That includes honey and quite often, the wearing of leather.

It’s worth noting here, that there are an awful lot of animal-derived products out there in the modern consumer market. These can be food products (like meat and dairy), but also chemical ingredients including Gelatin (a thickening agent), and Shellac (used for nail varnish and other coatings).

Vegetarians do not eat meat, but often partake in cheese and other dairy. A vegetarian who doesn’t eat dairy isn’t always a vegan. Vegan diets are centred on ethics, whereas Vegetarian diets aren’t always.

Vegetarians won’t typically constrain themselves to avoiding animal-derived products outside of the kitchen. That means that things like Leather and Shellac are back on the ‘menu’.

So Those Diets Are Both Plant Based Right?

Well, yes! By default they are plant based because they eat mostly (or solely) plant derived foods.

Many would argue that a plant based diet encapsulates any eating plan that involves “Mostly plants, most of the time.”

In reality, you could eat meat or dairy once in blue moon, and still regard yourself as plant-based.

The term is meant to capture the essence of the food choices you make on a day-to-day basis, without attaching any ethical or political doctrine to them.

If you’re still confused on the differences between each diet, then maybe read our post: What’s the Difference between being Vegetarian, Vegan, Plant Based, or Gluten Free?

What will I be Eating?

If you were to move to a plant-based diet and become either Vegan or some way towards Vegetarian, you might be wondering what you can still eat.

Basing your diet on plants isn’t really that restrictive. There are hundreds of foods to choose from. You’re probably eating most of them already, just in smaller quantities.

You still get to eat starchy staples like potatoes, grains (breads, pastas), rice, legumes and beans. You’ll also be making nuts, seeds, fruits and plenty of vegetables the basis of your diet.

Most people worry about getting enough protein on a plant based diet. You really shouldn’t fret, because plant based protein is easy to find. Foods like soy will fill in any nutritional gaps, and you can always use pea and hemp proteins if you’re very active.

Further alternatives to dairy and dairy-based proteins (beyond just Soy), include Almond milk and Oat milk.

These same ‘dietary swap-outs’ are also great for anyone wanting to follow a Free From diet (such as Dairy Free, or Gluten Free).

Whilst things like sodas and sweets are technically plant based, this diet is all about healthy, unprocessed meals. A plant based diet which is heavy on the sugar intake is never going to be a sustainable or healthy diet.

Sugar can have a place as an occasional treat, but it’s not supposed to be a staple!

What are the Benefits?

Plant based diets are a great way to boost your health.

Many people in the UK & USA (and most of the western world for that matter) eat far too little fibre, vegetables and fruit.

A plant based diet almost solves that problem by default. In addition, a lack of saturated fat means good news for those worried about heart health.

Cultures that base their diets around plants are found to often live the longest. Places like Greece, Japan and China have traditionally eaten a predominantly vegetarian diet with occasional portions of fresh fish.

Plant based diets offer a healthy, sustainable alternative to our modern norm of meat and processed food. Doing your bit for the environment could bring some welcome health and wellbeing advantages as well!

For more reading, we recommend our post – ‘Top 7 Reasons to go Plant Based‘ which has some great pointers. 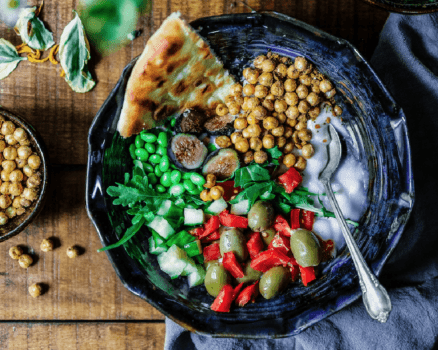 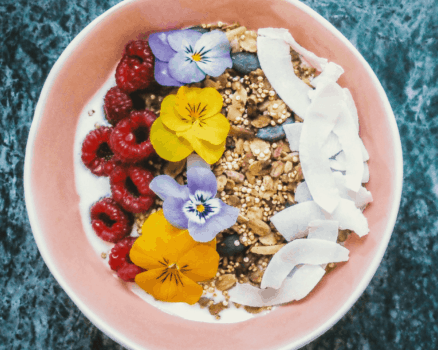