How is Bitcoin Different to Other Currencies? – A round-up on the differences between Bitcoin and traditional fiat currencies

Bitcoin is the first, and most prominent example of a new breed of currencies, which we now call Cryptocurrencies. It differs significantly from traditional or ‘fiat’ forms of currency.

How is Bitcoin Different to Other Currencies? – Main Differences

For a little background – a ‘fiat’ currency is one which is legal tender and backed by the government which issues it. The US Dollar is fiat money (backed and issued by the US government), as is the European Euro, and the British Pound Sterling.

Another ‘traditional’ form of money might be anything based on the value of Gold or Silver for example. These currencies were typical and commonplace around the world in centuries past.

The most obvious fundamental difference between those currencies and Bitcoin is that they are physical, whereas Bitcoin is not. Fiat currencies and minted, and come in the form of physical bank notes and coins. Gold and Silver is also obviously physical and has a physical value.

However Bitcoin is entirely digital.

You can’t hold Bitcoin in your hand.

Bitcoin isn’t printed – instead it is created digitally and then stored digitally too, on your hard drive, on a server, or in the Cloud.

Bitcoin is traded through electronic exchanges (Cryptocurrency Exchanges), and can be used to pay for goods by electronic transfer.

In both of those ways, it is similar to conventional currencies such as GBP, EUR, and USD; all of which can se sent / received electronically and traded on a stock market.

However the similarities tend to stop around there.

There are 5 main characteristics that make Bitcoin different to traditional currencies are:

5) Divisibility (how many times 1 Bitcoin can be split)

We’ll now look at each characteristic in turn…

1) How is Bitcoin Different to Other Currencies? – A Limited Supply (Imposed Scarcity)

The Bank of England or the US Federal Reserve can issue as many £GBP or $USD as they like. They can also reduce supply, taking bank notes out of circulation for periods of time.

They do this to manage circulation, demand, inflation etc. and manipulate the value of their currency relative to others.

In contrast, with Bitcoin there is a limited imposed on the total number of Bitcoins in circulation.

This limit is tightly controlled by the algorithm at the core of the underlying Bitcoin software. The Bitcoin network self-manages in this way – issuing a small amount of new Bitcoins every hour, and keeping track of how many are in circulation.

More Bitcoins will be added over time, but at a diminishing rate, until a predetermined limit of 21 million Bitcoins has been reached. There are many arguments for why this figure of 21 million has been imposed.

The limit was built into the codebase from the outset by Bitcoin’s original developer(s) Satoshi Nakamoto.

A by-product of this inherent scarcity is an increase in Bitcoin’s perceived value. Theoretically, if the demand for Bitcoin continues to grow as supply approaches its upper limit and then remains constant; then the value will increase.

Q: How many Bitcoins are currently in circulation?

As of January 2018, there were approximately 16.7 million Bitcoins in circulation.

This means there are approx. 4.3 millions Bitcoins yet to be ‘mined’ and introduced to the market.

At the current rate of Bitcoin Mining and reward halving, it is expected that the limit of 21 million Bitcoins in circulation will be reached sometime around 2140.

2) How is Bitcoin Different to Other Currencies? – Decentralisation (Distributed Network)

Possibly the most significant attribute of Bitcoin is that it is decentralised. That is – no single institution or authority controls Bitcoin. Instead it is maintained and administered by a distributed network of ‘peer nodes’.

These nodes are dedicated computers and servers spread around the world, all maintained by voluntary advocates and supporters of the Bitcoin ecosystem.

This has made Bitcoin an attractive prospect for those with a dislike or distrust for traditional banking systems or government institutions.

On the flipside however, this is also the source of a lot of Bitcoin’s bad-press… with a lack of identifiable central governance, it is hard to regulate Bitcoin and established financial institutions and governments don’t tend to like this.

In conventional banking scenarios, fiat currencies are traded electronically and the transactions are fulfilled by banks.

The banks maintain control of the system, and in return for their security, pass a charge to the end-user (consumer).

Conversely, with Bitcoin; the integrity and validity of each transaction is maintained by a distributed network, owned and controlled by no one entity.

‘Double spending’ is a common problem faced by electronic currencies (how to prove that an asset hasn’t been copied or re-used and spent twice).

Bitcoin solves this headache through clever use of cryptography, Blockchain technology and economic incentives (see: What is Bitcoin Mining?).

3) How is Bitcoin Different to Other Currencies? – Immutability (Non-reversible Transactions)

Since there is no ‘middleman’ in a Bitcoin transaction, there is effectively no central ‘adjudicator’ to be trusted to say, “Ok, refund that money”.

This concept may be new and uncomfortable to some. Ultimately though, it safeguards the Bitcoin network and means that the Bitcoin Ledger cannot be tampered with.

4) How is Bitcoin Different to Other Currencies? – Pseudonymity (Anonymous users)

Traditional electronic payment systems typically require that the identities of both parties of a transaction be confirmed.

This is often legal requirement, to comply with legislation, anti-money laundering controls and similar. Conversely, users of Bitcoin can operate with a degree of anonymity, protecting their identity and contact information.

When a Bitcoin transaction is being made, the system refers to the Blockchain, confirms that the sender has the necessary authority and amount of Bitcoin to fulfil the transaction, and then executes it.

At no point does the system need to know the identify of the either the sender or receiver. Each participant is identified by his or her Bitcoin Wallet address (cryptographic alpha-numeric codes).

The identity of the sender is never shared with the receiver, and likewise vice versa.

Since the bitcoin network is open source and transparent – the Bitcoin ledger is also public. That means that every transaction is available to be viewed by anyone, with the caveat of course that only the sending and receiving wallet addresses are divulged.

In practice however, transactions can be traced back to wallet addresses with some effort. Furthermore, it is common for users to register with Bitcoin Exchanges (Coinbase, CEX.io, or Binance for example), to first put their money into the Bitcoin market.

As part of the signup processes, these exchanges are required by local law in each territory to screen and confirm the identity of their customers. This gives law enforcement an opportunity to identify users if certain wallet addresses are owned by their registered users.

5) How is Bitcoin Different to Other Currencies? – Divisibility (how many times 1 Bitcoin can be split)

Fiat currencies all have divisibility.

With Bitcoin, a single Bitcoin can be divided down to 8 decimal places (1×10-8) or (0.00000001BTC). This smallest unit of Bitcoin is referred to as ‘1 satoshi’, named after the creator of Bitcoin, Satoshi Nakamoto.

A single Satoshi is equivalent to one hundred millionth of a Bitcoin.

This allows for small increments of Bitcoin to be owned or transferred, effectively enabling micro transactions to a level which traditional electronic money cannot currently achieve. 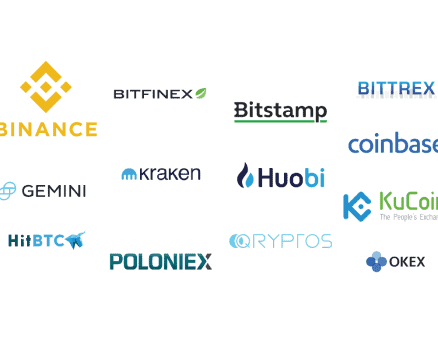